Olbas Oil: The Power to Breathe from Nature’s Medicine Chest! Part I 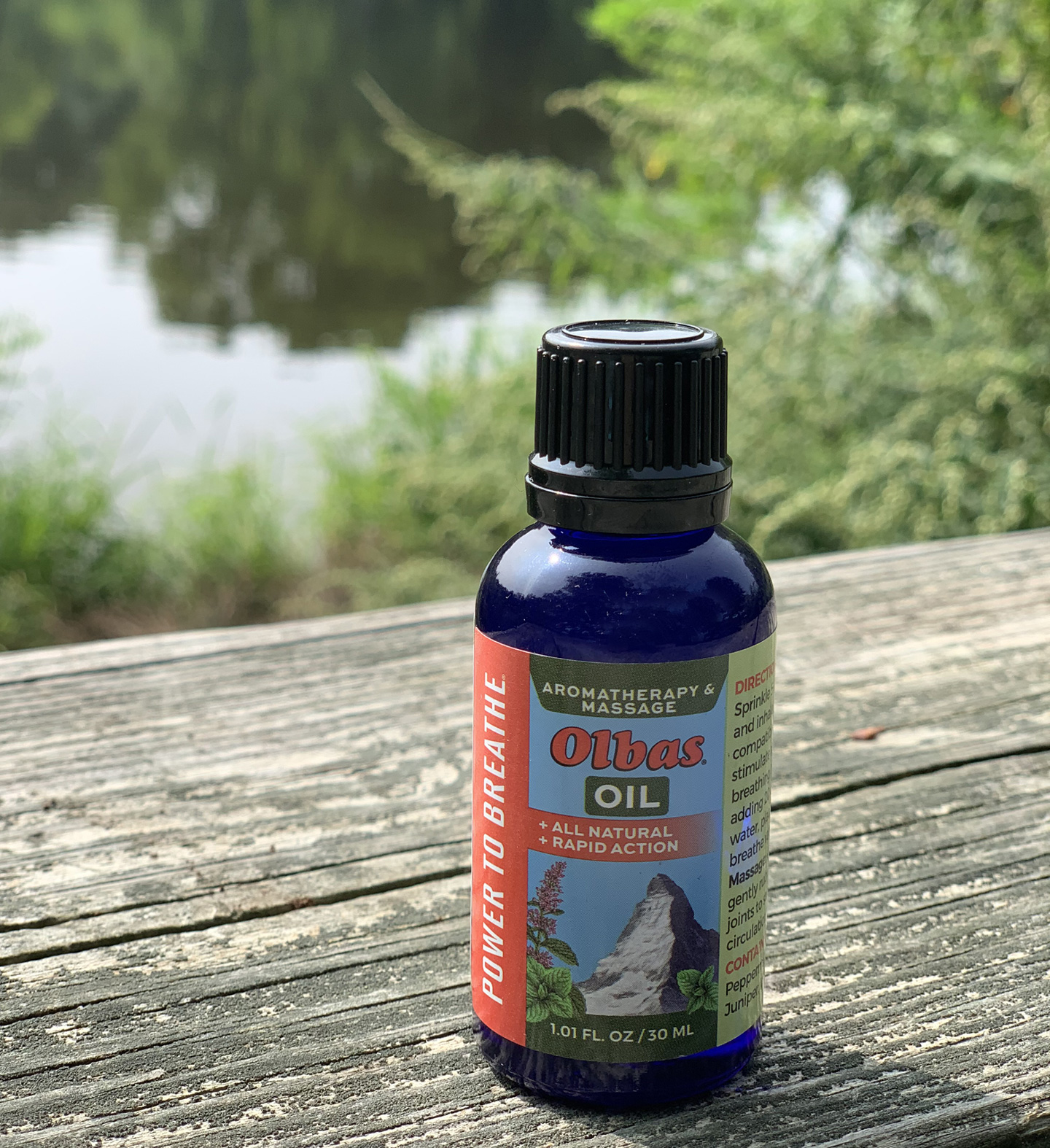 Essential oils are one of nature’s ways of maintaining wellness. The essential oils in Olbas are carefully extracted from traditional medicinal plants and are skillfully blended by Swiss herbalists over a century ago, making the Olbas formula truly unique. The name ‘Olbas’ is taken from the Latinized ‘OLeum BASileum’ or ‘Oil of Basel’ Switzerland where Olbas originated. The pure essential plant oils in the Olbas Oil formula are: Peppermint, Eucalyptus, Cajeput, Wintergreen, Juniper Berry, and Clove.

In this Two-Part Series, let’s take a look at the first three essential oils, and discover the features and benefits of each, to see why these are included in the time-honored Olbas Oil formula!

Peppermint belongs to the same family as the popular herbs Lavender and Rosemary and is native to the Mediterranean region but is now widely cultivated throughout Europe, Australia, and parts of North America. The Peppermint plant is recognized the world over for its signature minty, fresh aroma. The oil is distilled from the fresh leaves of the Mentha piperita plant and retains that powerfully refreshing fragrance.

Aromatherapists have long recommended Peppermint oil’s invigorating scent to enhance mental focus and concentration, increase alertness, as well as to ease tension and stress. Various studies have shown Peppermint oil’s properties may significantly help to improve athletic performance, not only by increasing mood and motivation, but also by enhancing the breathing passages, thereby maximizing oxygen intake, and perceived and actual performance.

Eucalyptus Oil (Eucalyptus globulus)
Eucalyptus is an aromatic evergreen tea native to Australia and Tasmania but is now cultivated in other parts of the world including California, South America, Spain, and Portugal. It is also known as Blue Gum Tree because of the haze produced by the essential oil from the blue-green leaves.

Interestingly the Eucalyptus tree has also been known as Fever Tree. Why? In Algeria, during the mid-1800s, groves of Eucalyptus trees were planted in swampy regions known for breeding malaria-carrying mosquitoes. Due to the extraordinary drainage effects of its roots, these marshy areas dried out to the extent of eliminating the mosquitos’ habitat.

Cajeput Oil (Melaleuca leucadendron)
Cajeput grows abundantly in Southeast Asia, as well as in Malaysia, Indonesia, the Philippines, Vietnam, Java, and the tropical regions of Australia. The essential oil of Cajeput is distilled from the fresh leaves and twigs of the Cajeput tree. It has a slightly medicinal aroma that is reminiscent of camphor and eucalyptus oils. Cajeput is a ‘cousin’ to the Melaleuca species. The Cajeput tree can grow up to 30 meters high. It has thick, pointed leaves, white flowers, and a flexible trunk with whitish spongy bark, which serves to explain its Malaysian name ‘caju-puti’ or white wood.

Cajeput is a highly regarded traditional remedy in Vietnam and its neighboring countries. It is known in their healing culture primarily in preparations aimed at relieving muscular and joint discomforts. Other traditional uses include promoting healthy skin. It is especially soothing to the bronchial and sinus passages.  As an aromatherapy agent, Cajeput oil helps promote focus and clear thinking

Hope you enjoyed our ‘deep dive’ into the remarkable qualities of these first three essential oils in the Olbas Oil formula. Next time, we’ll discuss Wintergreen, Juniper, and Clove, and how the synergistic blend of these oils, combined with Peppermint, Eucalyptus, and Cajeput make up the powerful aromatherapy and massage remedy known the world over as Olbas Oil!